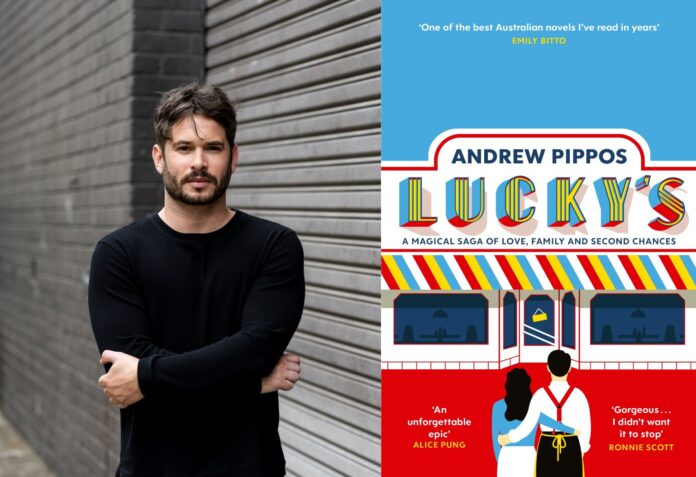 Described as a state-wide ‘book club’, from the 10th of December to the 17th of February 2021, library members across the state are encouraged to read Sydney author Andrew Pippos’s debut novel, Lucky’s (Picador).

NSW Reads will celebrate the migrant experiences of food and community as readers from all over the state share a reading experience.

“After a year that has been so isolating, it’s wonderful for readers to be able to come together and all read the same book” says NSW Public Libraries Association Executive Officer, Adele Casey.

“We are thrilled that Lucky’s is our pick for the first NSW Reads program. The librarians of New South Wales felt it was important to choose a novel with far reaching appeal.

“Lucky’s will resonate and deliver a sense of nostalgia to Australians of all ages in both metro and regional areas.”

Described as “a must-read saga, and a gripping monument to Greek diaspora” by The Guardian Australia, central to the theme of Lucky’s is the iconic Greek milk bar/café businesses, found in so many Australian towns and suburbs.

Speaking to The Greek Herald upon his book launch, Andrew Pippos said he gained his love for writing under a massive olive tree beside the café in Brewarrina, where he would peel potatoes and carry out other chores. During this time, his family would tell him stories of Greek myths and legend, sparking his creative journey.

“These childhood conversations are where my love of literature begins,” Pippos said to The Greek Herald.

Readers can join in an Instagram read-along via @nswlibraryevents, take part in an online panel discussion on Greek- Australian cafes past and present, and meet the author, Andrew Pippos, online in a Lucky’s ‘In Conversation’ with Amy Heap from the Riverina Regional Library.