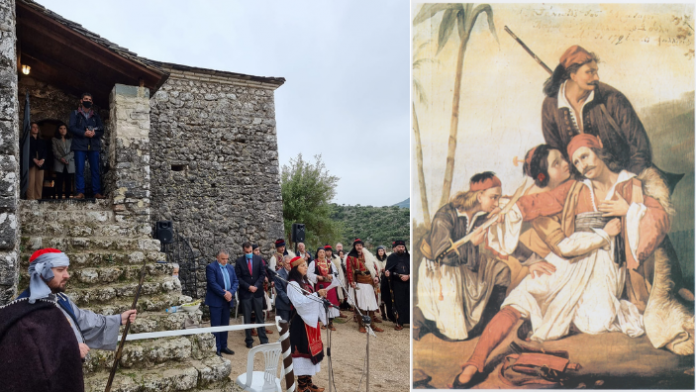 The former house of 18th century Souliote general Lambros Tzavelas has officially opened its doors to the public.

Tzavelas’ son of the same name began renovating the “Tzeveleiko”, as it’s known, in Mount Voutsi 36 years ago.

“This was a desire that my father had from a young age, ever since his grandfather … told him about the achievements of our great grandparents in Souli,” Tzavelas’ grandson Konstantinos Tzavelas said.

Tzavelas was a hero of the Balkan wars who died three years after the Battle of Kiafa.

He was a leading figure in the Souliote resistance against the Ottomans in the late 18th century, particularly against European ruler Ali Pasha.

“Lambros Tzavelas was the patriarch of the legendary Souliote family, many of whose members fought for the supreme goals of freedom and independence, making the Tzavelas name synonymous with courage and patriotism,” Deputy Minister of Defense Alkiviadis Stefanis said.

The restored fireplace was lit for the first time 218 years after Pasha cursed that Souliote fireplaces would never smoke again.

Busts of Tzavelas and his wife Moschos stand outside.