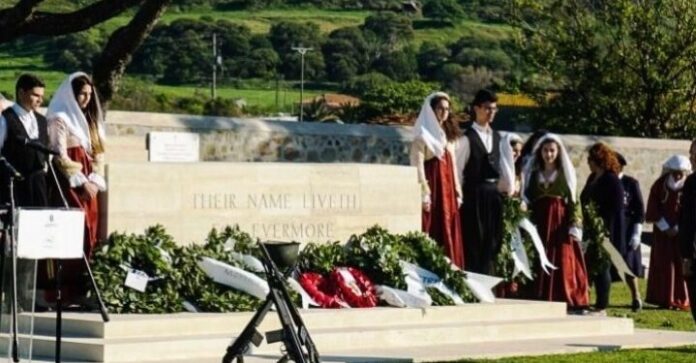 The creation of a monument at the island of Lemnos to commemorate Australian & New Zealand Army Corps (ANZAC) who perished in the Battle of Gallipoli during World War I was discussed at an e-meeting held on Tuesday by the Ministries of Culture and Defense.

The proposal was reportedly put forth by the Department of Veterans’ Affairs (DVA) of Australia, the government of which will fund the project.

Lemnos already features the Australians’ Monument at Mudros port and a pier built by Australian troops which has been officially named the “Australian Pier”.

Attending the e-meeting was Culture Minister Lina Mendoni and Defense Minister Alkiviadis Stefanis, among others.

A month ago, Greek Deputy Minister of Defence, Alkiviadis Stefanis, and Australian Minister for Veterans and Defence Personnel, Darren Chester MP, presented a new proposal by the Australian Department of Veterans’ Affairs for the construction of monuments on the Greek island of Lemnos, to recognise the contribution of the Australian and New Zealand Army Corps (ANZAC) in World War II and the Battle of Gallipoli.