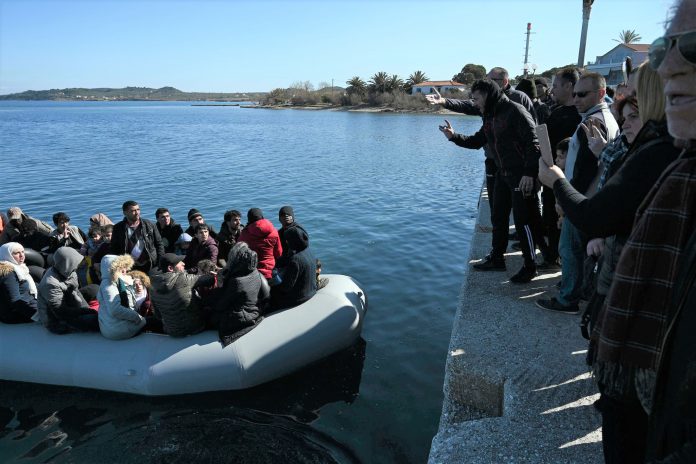 Over the years, villagers who live near Greece’s border with Turkey got used to seeing small groups of people enter their country illegally. The Greek residents often offered the just-arrived newcomers a bite to eat and directed them to the nearest police or railway station.

But the warm welcomes wore off. When Turkey started channeling thousands of people to Greece, insisting that its ancient regional rival and NATO ally receive them as refugees, the Greek government sealed the border and rushed police and military reinforcements to help hold back the flood.

Greeks in the border region rallied behind the expanding border force, collecting provisions and offering any possible contribution to what is seen as a national effort to stop a Turkish-spurred incursion.

In several cases, authorities asked villagers familiar with the local terrain to help locate migrants who managed to either slip through holes cut in a border fence or cross the River Evros, which demarcates most of the 212-kilometer border.

“We sit at the crossings, and they come,” said Panayiotis Ageladarakis, a community leader in Amorio, a village that lies some 300 meters from the river banks.

“We keep them there most of the time, call police and they come and arrest them. Then, it’s a matter for the police. We aren’t interested in where they take them. We just try to help this effort taking place by the army and the police.”

Other villages also responded to the call for help. A woman named Fotini, who lives in Moria village bordering the notorious refugee camp on Lesbos, said the locals are forming “impromptu roadblocks” aimed at stopping migrants from walking through their village.

“When the Syrians started coming five years ago, we gave clothes, we cooked for them, we bounced their babies,” Fotini told The New York Times.

“Five years of solidarity. We can’t take it any more. We want our lives back.”

Irate farmers are also joining the vigilante fight by lining up their tractors, each adorned with a small Greek flag, and declaring they are ready to fight to protect Greece.