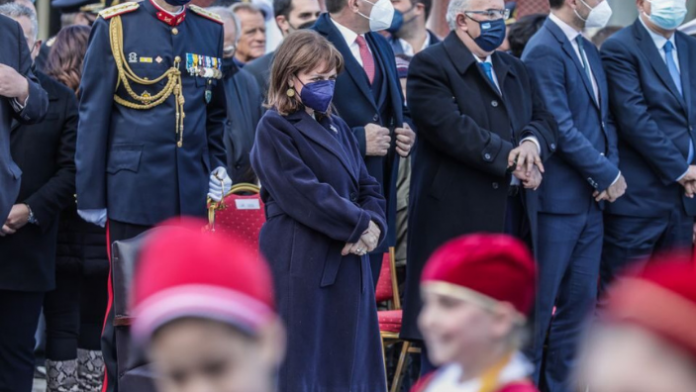 Greece’s President, Katerina Sakellaropoulou, has sent a message of unity to Greek diaspora across the world to mark the 201st anniversary of the start of the Greek Revolution today.

In her message, Sakellaropoulou praised the Greek diaspora and Philhellenes for their “decisive” role in the liberation of Greece from the Ottomans and made reference to specific Revolution figures such as Rigas Feraios and Adamantios Korais.

The Greek President also stressed the importance of continuing to fight for “the values of democracy and respect for man, the defence of the rule of law [and] the peaceful coexistence of peoples…”

Sakellaropoulou then turned to the recent Ukraine – Russia crisis and stressed how the Greek community in Ukraine “is in our thoughts, as it’s going through a trying time and is suffering the hardships of war.”

She pointed out that the idea for Greece’s struggle for independence from Ottoman rule was nurtured in the Ukrainian port city of Odessa, “while the revolution was sparked in the heroic city of Mariupol, where a ‘little Greece’ became prosperous on the Sea of Azov.”

“Greece is standing by the Greeks in Ukraine,” Sakellaropoulou said.