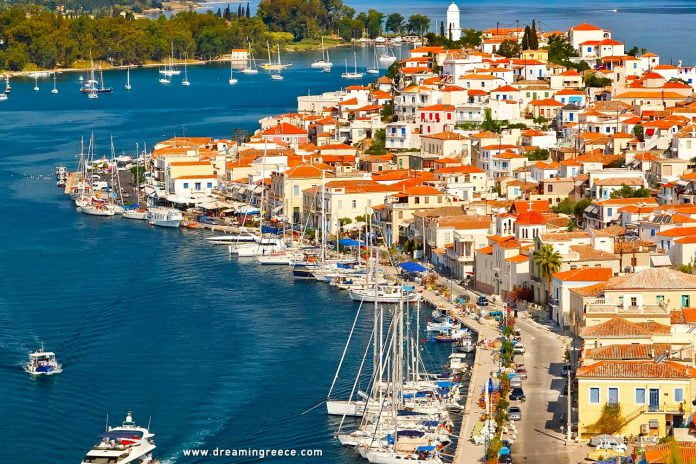 The Greek island of Poros entered a full lockdown on Friday after 13 people were diagnosed with the coronavirus.

Running through to August 17 at least, the restrictions are a precautionary measure to protect many elderly residents who live on the island.

“The last few days have been worrying, as we have seen a significant relaxation and a rise of cases. But our safety depends on our individual conscience,” said Attica Regional Governor Giorgos Patoulis, who is also the president of the Athens Medical Association.

Until August 17, all businesses will be shut from 11 p.m. until 7 a.m. the following day, along with the suspension of farmers’ markets, villages festivals and other such public gatherings.

There is also a ban in place on public and private gatherings of any kind involving more than nine people, as well as a cap of four (or six if they belong to the same household) on the number of people allowed to sit at the same cafe or restaurant table. Masks have also been made mandatory in all public spaces, indoor and out.

On Friday, members of the National Transparency Authority (EAD) and a 10-member special unit of the Hellenic Police (EL.AS) arrived on the island to patrol and make sure citizens are complying with the measures.

Local reports say that the sudden spike in the number of infections may be attributed to a large pool party in which a number of local young people were in attendance. There are concerns the young people may unintentionally spread it to older relatives.