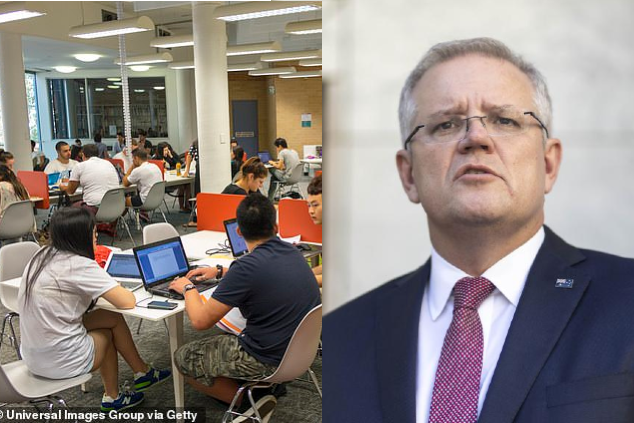 With almost twice the amount of infections as Greece, the Australian government is receiving pressure by teachers, parents and authorities to cancel schools and move online.

Forty-nine of Greece’s 74 regional units have already started offering online courses to high school pupils, with the complete process expected to be completed by Monday (March 23), the country’s Education Ministry said on Friday.

The Education Ministry also announced that they will adopt the same procedure next week for lower secondary education students.

The switch to remote education systems is a measure forced upon schools, after the ministry forced all schools shut, yet has not prevented children from continuing their education.

In a statement released by the Australian Prime Minister’s office on Friday, the National Cabinet agreed to the AHPPC advice regarding child care centre closures and noted that “pre‑emptive closures are not proportionate or effective as a public health intervention to prevent community transmission of COVID-19 at this time.”

AHPPC also provided a series of risk mitigation measures for early learning and child care, including:

AHPPC also noted that, “there may need to be consideration of alternative arrangements for highly vulnerable children” and recommended “these parents seek medical advice.”

As countries around the world shut schools, the Australian government receives added pressure to follow suit.

As of March 21, Australia currently possesses 876 coronavirus cases, with 7 deaths. Meanwhile, Greece has recorded a total of 495 cases, with the amount of deaths increasing by 4 overnight, to a total of 10.