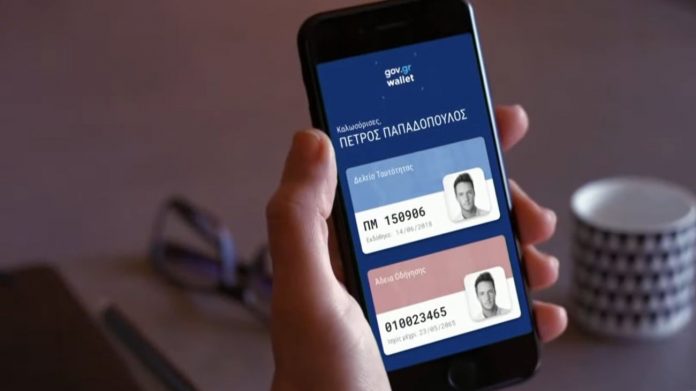 Greek citizens can now securely upload their national ID and driver’s license onto their smartphone via the newly launched Gov.gr Wallet app.

The app was unveiled during a special event on July 3, which was attended by Greek Prime Minister Kyriakos Mitsotakis and government officials.

Documents downloaded onto the app can be used in all transactions where physical documents were previously used, but the wallet cannot be used for travel.

According to GTP, Greeks can use the wallet app for domestic travel, but documents are not valid for international trips or travel in the Schengen zone.

The government hopes in the immediate future to include other government documents on the app such vehicle registration, vehicle tax payments, Technical Vehicle Inspection (KTEO) findings, insurance details and more.

The Gov.gr Wallet can be downloaded from app stores for both iOS and Android devices or from wallet.gov.gr starting today.