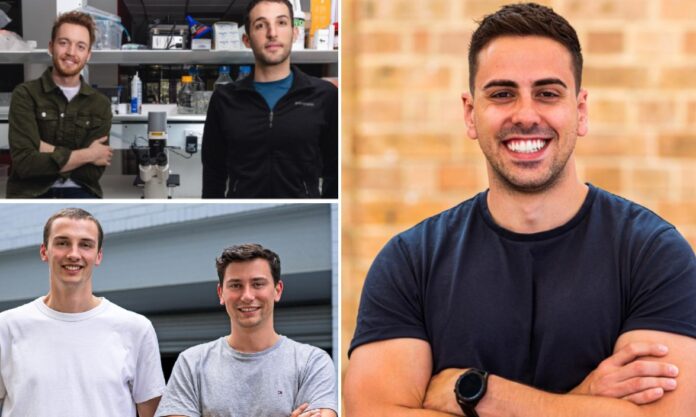 Greek Australian entrepreneurs, inventors and innovators have been included in the Daily Telegraph’s ‘Top 30 under 30’ list.

See which brilliant young minds made the list below:

‘Vow Food’ is the joint project between entrepreneurs Tim Noakesmith and George Peppou and is taking part in one of the biggest unexplored food markets in Australia – cultured meat. The pair created a company that creates lab-grown meat using the cells of animals.

The firm has won approval for its consumption in Singapore, and attracted more than $9 million in investment. The Sydney-based firm employs a team of 27, with plans to double that in the next 18 months, but Tim Noakesmith said it would not rush to get cultured meats on plates.

“We want people who eat it to go ‘oh, this is the level of quality and the standard I would expect of something that is going to completely redefine how food works,” he said.

“There was such a big need for it,” Alex said. “There’s no strong treatments for IBS. There’s a low FODMAP diet but it doesn’t work for everyone.”

The pair’s vision for hypnotherapy apps focused on treating single conditions won them a place in the esteemed Y Combinator accelerator as well as 15,000 subscribers.

The tech world is getting larger and larger, so young innovators are finding smarter ways to get their creations out to the public. Martin Karafilis recognised the many challenges posed by self-check-outs, including confusion by checkout operators and shoppers.

“As a consumer, you might have five or six types of red apple to identify, three different types of mandarins,” he said.

Mr Karafilis called on help from his friends, who were studying computer vision and artificial intelligence, to design a smart camera technology to identify products at supermarket checkouts.

“This way you can place them on a supermarket scale and it will identify the type.”

Tiliter’s solution, which was part of UNSW’s Founders 10x accelerator, is now used in Woolworths stores across New South Wales, Victoria, Queensland and Western Australia, as well as parts of the US and Europe, and has attracted $7.5 million in investment.