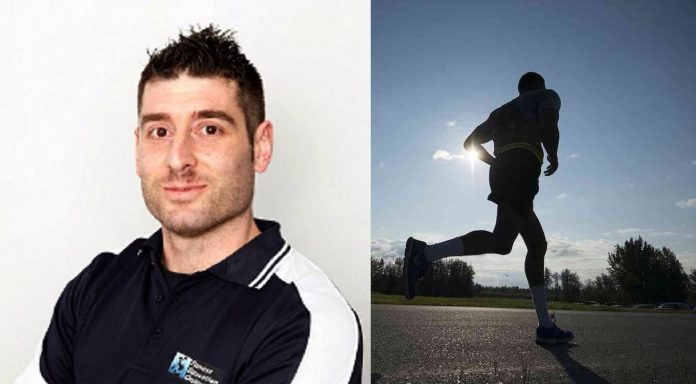 Jono Petrohilos was recently announced as a keynote speaker for the first ever Greek Fitness Conference and will look to educate some of the world’s most passionate fitness trainers.

The founder of Fitness Education Online, Petrohilos has worked in the fitness industry for eight years. He created the online program as a global “go-to” for all fitness up-skilling and training needs. The courses are recognised by leading fitness course providers in Australia, including high profile institutions like Fitness Australia, FitRec, and in New Zealand, REPs New Zealand.

The conference will discuss the catalytic role of new technologies in the future, with well-known Greek and international speakers, specialised scientists and professionals speaking about the new challenges of the field.

“My topic is how to run a hybrid challenge, combining face to face with online,” Jono Petrohilos said to The Greek Herald.

“I’ve sort of always done both. Even before covid, I always said ‘I’m going to run a fitness boot camp’, but there’s only so much you can do with someone in one hour a day.”

“I thought, what are the other little things that I can do or that people can do when they’re not actually with me. What are some fun little challenges people can do that are that are easy to do, that are fun to implement for the trainer and give and give more accountability and give the client a better result.”

In 2020, the Greek Australian was named the national winner of Fitness Australia’s Educator of the Year award. The Awards are held each year by Fitness Australia, with this last year’s virtual event attracting a record 2000 nominations across 11 categories.

“I’ve sort of got a reputation to uphold now…and I’m pretty proud of my Greek Australian heritage too.”

Some of the topics to be discussed at the conference include the creation of digital services based on international standards, the importance of digital reform in the field of Fitness and the expansion of the digital fitness market.

Along with rest of the world, Greece is slowly returning to the relaxation of coronavirus restrictions with the implementation of the vaccine. However, Petrohilos says the online resources and tools will “always still be there”, therefore giving people alternative options in the future.

“I think it’s cool that the Greek fitness industry is doing this, because it’s the first ever time they’re doing it,” Petrohilos added.

“We’ve had them in Australia for years… so I think it’s really cool that they’re doing it. And I think it’ll help their industry, which will in turn help the health and fitness of the country.”

Petrohilos will be the only Australian presenting at the conference. Due to COVID restrictions, the conference will be streamed online to fitness professionals across Greece and Cyprus.