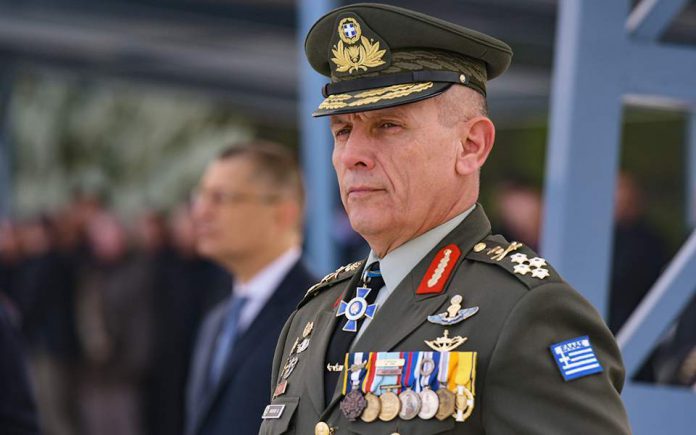 The chief of the Hellenic National Defense General Staff, Konstantinos Floros, has warned that Greece would not tolerate any violation of the country’s sovereignty.

His remarks came after Turkish Foreign Minister, Mevlut Cavusoglu, claimed again that islands that lie far from the Greek mainland, including Kastellorizo in the southeastern Aegean, are not entitled to a continental shelf.

“The Armed Forces are an organised army, navy and air force. It is very difficult to confront them and whoever does it will face a very high cost, which is something our neighbors know about,” Floros told journalists at the Defense Ministry.

Asked about the possibility of an incident in response to Turkey’s activities, Floros said that preparations are being made, as there are ongoing exercises, area reservations and testing of plans.

“A military response is a possibility. No one can rule it out. If something like this happens on a group of islands, it will immediately spread to other regions,” he said.

Floros added that any accident in the Aegean will be caused “by the daily pressure exerted by Turkey on Greece and they will be to blame.”