‘We will not be the gateway of Europe’: Greek ministers respond to Afghanistan crisis 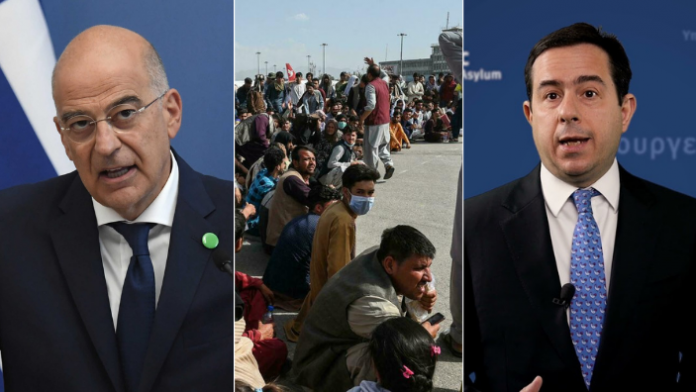 Greece’s government has reiterated its stance on the humanitarian crisis gripping Afghanistan.

Migration Minister Notis Mitarachi says Greece does not want to become the entry point into the European Union (EU) for Afghans fleeing the crisis.

“We are clearly saying that we will not and cannot be the gateway of Europe for the refugees and migrants who could try to come to the European Union,” Mitarachi told state television ERT on Tuesday.

“We cannot have millions of people leaving Afghanistan and coming to the European Union … and certainly not through Greece.”

Foreign Affairs Minister Nikos Dendias later told a crisis meeting of EU foreign ministers that the EU’s external borders must be protected and migrants must not be allowed to be used as a political tool by third countries.

Dendias warned that Greece would experience an influx in migration and called on the panel for agreement and collaboration to avert a migration crisis similar to 2015.

Dendias said the evacuation of all EU citizens from Afghanistan is an urgent priority and supported the EU countries currently planning to evacuate former Afghan interpreters, according to a statement from the Foreign Ministry.

Dendias suggested the need for a representative government in Afghanistan and called for the Taliban to respect fundamental rights and freedoms.