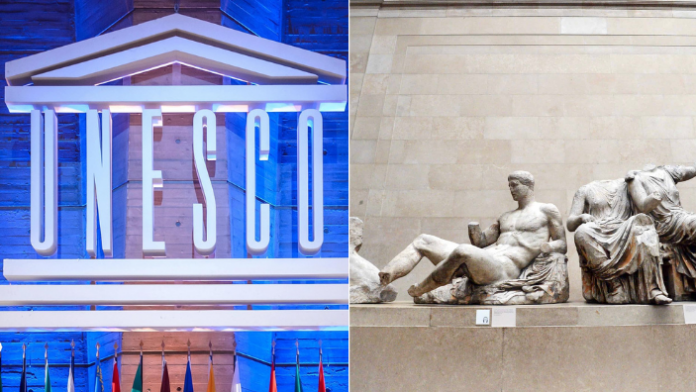 The UK government has rejected UNESCO’s calls that it reconsider repatriating the Parthenon Marbles.

UNESCO’s Intergovernmental Commission for the Return of Cultural Property to Countries of Origin (ICPRCP) called for the repatriation and an investigation into the acquisition of the marbles during a meeting in Paris last week.

“Our position is clear – the Parthenon Sculptures were acquired legally in accordance with the law at the time.”

The spokesperson shifted the responsibility to the trustees of the British Museum where the marbles currently reside.

“The British Museum operates independently of the government and free from political interference. All decisions relating to collections are taken by the Museum’s trustees,” the spokesperson added.

A British Museum spokesperson told Ta Nea that “the Parthenon Sculptures are an integral part of (the Museum’s collection) story and a vital element in this interconnected world collection”.

The ICPRCP says Greece has made “legitimate and rightful” requests for their repatriation.

They say “the case has an intergovernmental character and, therefore, the obligation to return the Parthenon Sculptures lies squarely on the UK Government “.

The UK has consistently rejected Greece’s calls for talks over repatriation, with Prime Minister Boris Johnson defending the legality of the museum’s ownership of the marbles in March.

The marbles date back to the fifth century BC and are regarded as culturally significant.

Lord Elgin removed the marbles in 1801 while as British ambassador to the Ottoman Empire.

Greece has long argued the reunification of the marbles is integral to understanding the artworks in the context of the temple they once embellished.