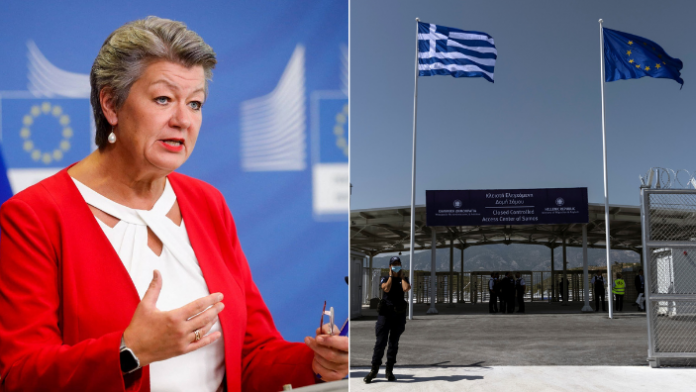 The European Union’s executive called for an investigation into alleged migrant pushbacks in Greece on Thursday.

It follows a report by German media outlets Der Spiegel and ARD which claim Greek and Croatian officials carry out operations that are, at times, violent.

“Some of these reports are shocking,” the EU’s Home Affairs Commissioner Ylva Johansson said.

Johansson says the evidence presented in the report seems very credible, that people on the EU’s borders were being subjected systematically to violence and that EU money was being misused to support forces that commit such “unacceptable” acts.

The German media report said it had evidence including footage of a Greek coast guard forcing migrants back into the Aegean Sea.

The Greek Herald has not independently verified the allegations.

Migration Minister Notis Mitarakis has denied reports of migrant pushbacks and said it operated within international law to protect Greek and EU borders.

“We strongly deny these allegations. Greek borders are EU borders and we operate within international and European law to protect them,” Mitarakis said in a statement.

“We make no apology for our continued focus on breaking up these human trafficking operations, and protecting Europe’s border.”

Under international law, people have a right to claim asylum and it is forbidden to send potential asylum-seekers back to where their lives or well-being might be in danger.

But these principles have often been ignored in Europe in recent years amid periodic surges in the number of migrants fleeing wars or poverty in the Middle East, Asia, and Africa.

Frontline states in the migrant crisis such as Greece and Italy have often felt overwhelmed and have at times sought to force people arriving irregularly to return to where they came from without assessing each case individually.

Dunja Mijatović, the European Commissioner of Human Rights, issued similar calls in May for Greece to end pushback operations.