Turkey’s Defence Ministry has cadets swimming the distance to Kastellorizo 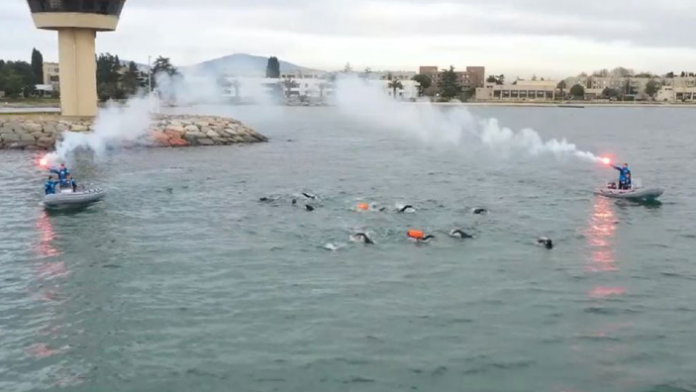 Turkey’s Defence Ministry has uploaded a provocative video on Twitter showing navy cadets swimming a similar distance to the Greek island of Kastellorizo, in a symbolic effort to underscore the island’s proximity to the Turkish coast.

In comments made on December 24, Turkey’s Defence Minister Hulusi Akar challenged Greece’s maritime zone around Kastellorizo, emphasising that the Greek island is located at a distance of 1,950 meters from the country’s coast.

Later, in a video uploaded on January 1, twelve cadets of the National Defense University Naval Academy are seen swimming from their academy to the islet of Tuzla, which is approximately the same distance.

“A cadet at the military academy can swim to it,” Akar said.