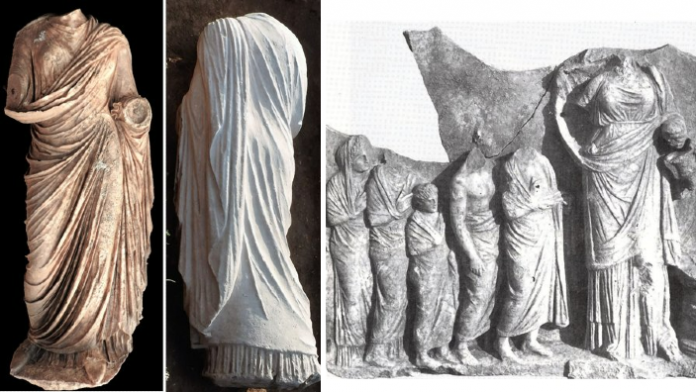 The Greek Culture Ministry has revealed that a life-size marble female statue was discovered by accident in the excavation area of ancient Epidavros in December last year.

The statue, which archaeologists have tentatively dated from the Imperial Roman Period, was found after heavy rain hit the area revealing a small part of the back of the statue, the ministry said in a press release.

The figure was wearing a tunic and a robe, but it was missing its arms and head. The statue was transferred to a warehouse for storage, cleaning and maintenance.

The site where the object was discovered has been systematically excavated since 2015 by a research team of the University of Athens, with the financial support of the John S. Latsis Public Benefit Foundation.