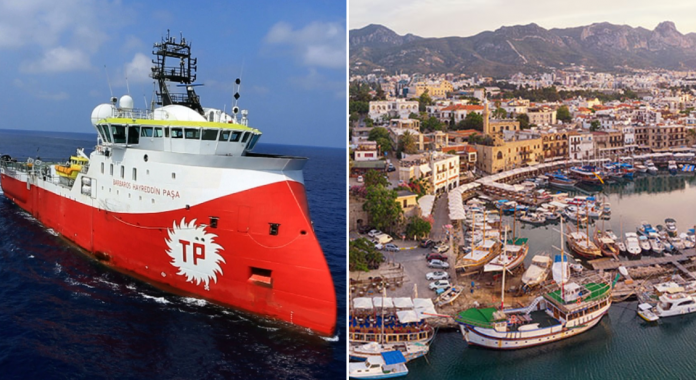 Tensions over disputed tracts of the Eastern Mediterranean continue despite an apparent pause in Turkish exploration activities on Tuesday to facilitate Ankara-Athens negotiations over shared maritime boundaries.

It plans to conduct seismic activity inside Blocks 2,3 and partly 13 of Cyprus’ exclusive economic zone.

The news comes after Turkish navy vessels withdrew from Greek waters on Tuesday in an move to de-escalate recent tensions through reportedly Berlin-mediated talks between the neighboring states.

Turkish President Recep Tayyip Erdogan’s spokesperson Ibrahim Kalin said at the time he was prepared to sit at the negotiation table with counterparts in Athens.

“In line with the instructions of our president, we are ready to discuss all issues; the Aegean, continental shelf, islands, airspace, research and screening efforts, and Eastern Mediterranean along with other bilateral matters with Greece without any precondition,” Kalin said.

This latest move is set to strain the relationship between the two countries once again.