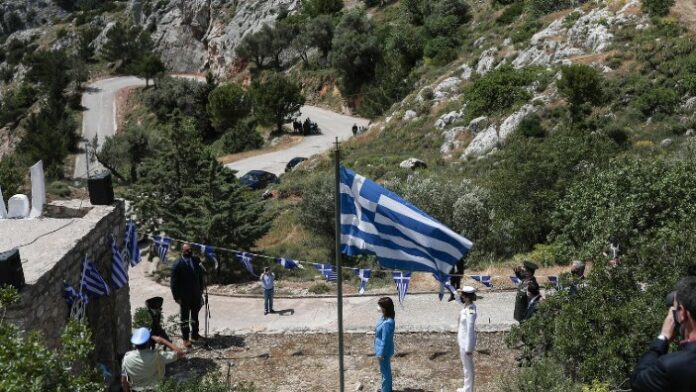 The Chios massacre was one of the worst atrocities committed by the Ottoman Turks in the 19th century against the revolted Greek Christian population of the then-Empire.

”Today, here in Anavatos of Chios, we honor the memory of the thousands of undefeated martyrs of the terrible massacre committed by the Turks in 1822,” Sakellaropoulou wrote on Twitter.

“We praise the spirit of those who made the island to be reborn at the urging of their compatriot, Adamantios Korais, who said ‘You recovered and made the paternal land brighter’.”

What is the Chios massacre:

In March 1822, several hundred armed Greeks from the neighboring island of Samos landed on Chios. They attacked the Ottomans, who retreated to the citadel. Many islanders then decided to join the Greek War of Independence.

The Ottomans sent reinforcements to Chios on March 22. On March 31, orders were given to burn down the town, and over the next four months, another estimated 40,000 Turkish troops arrived on the island.

The troops were also ordered to kill all infants under three years old, all males 12 years and older, and all females 40 and older – except those willing to convert to Islam.

Tens of thousands of survivors dispersed throughout Europe and became part of what is known as the Chian Diaspora.