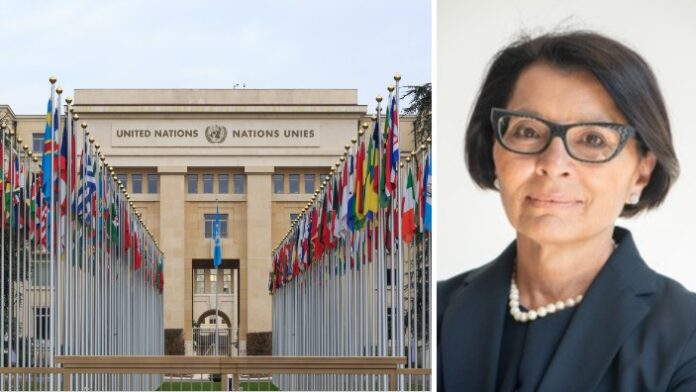 Ms Pazartis was elected unanimously by all 198 participating states during the Committee’s 131st session. She became the first Greek woman to assume the leadership of the Committee.

According to a press release from the Committee, Ms Pazartis said “it was a great honour… to serve as Chair for the next two years.”

“She was touched by the kind words and support expressed by her colleagues. This was a very challenging period and she would do her best,” she said.

Later in the session, the rest of the Bureau was then elected. Christopher Arif Bulkan (Guyana), Shuichi Furuya (Japan) and Vasilka Sancin (Slovenia) were elected as Vice-Chairpersons, and Duncan Muhumuza Laki (Uganda) was elected as Rapporteur of the Committee.

The Human Rights Committee is the body of independent experts that monitors implementation of the International Covenant on Civil and Political Rights by its state parties.

Since then, she’s become Director of the Athens Public International Law Center at the Faculty of Law of the National & Kapodistrian University of Athens. She is also the President of the European Society of International Law (from September 2019) and Member of the ESIL Board.