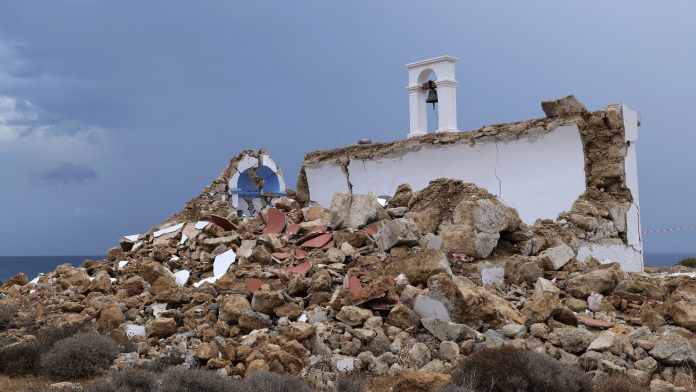 The Civil Defense Ministry in Greece has sent emergency response personnel to assist Crete after a 6.3-magnitude earthquake hit the island’s southeastern coast on Tuesday.

Police, firefighters, and other responders are busy counting the damage of the second powerful earthquake to hit the island in just over two weeks.

A small church in Xirokambos is reported to have collapsed and Sitia mayor George Zervakis says cracks have formed in the town hall building.

The quake prompted a “small tsunami” in the island’s south and widespread rockslides, triggering an evacuation alert.

The Civil Defense Ministry says there are no reports of casualties or injuries on Crete and surrounding islands.

The Geodynamic Institute in Athens says the quake was felt as far away as Cyprus.

Crete has been rattled by numerous aftershocks since a 6.0-magnitude quake hit on 27 September.