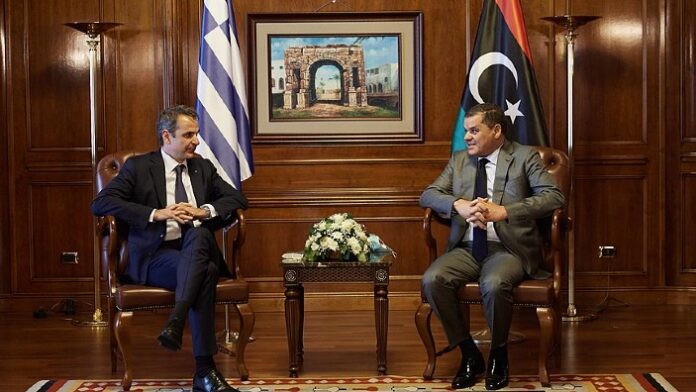 Speaking on Skai radio, Peloni said the transitional administration of the North African country has proposed the creation of a technical committee to review the issue.

Athens wants to see the Turkish-Libya maritime border memorandum scrapped and a diplomatic rapprochement with a country of significant geographic and strategic interest for Greece.

In the same interview, Peloni denounced the 2019 pact as “groundless” and “invalid,” adding that it cast a cloud over Libya’s ties with Greece as well as with the European Union.

Share
Facebook
Email
Twitter
Pinterest
Linkedin
WhatsApp
Viber
Print
Previous articleJodi McKay:‘The thing I love about Greek people is that there is an enthusiasm for their culture’
Next article‘Omeros on the Beach’ restaurant at Ramsgate Beach permanently closes after almost 20 years