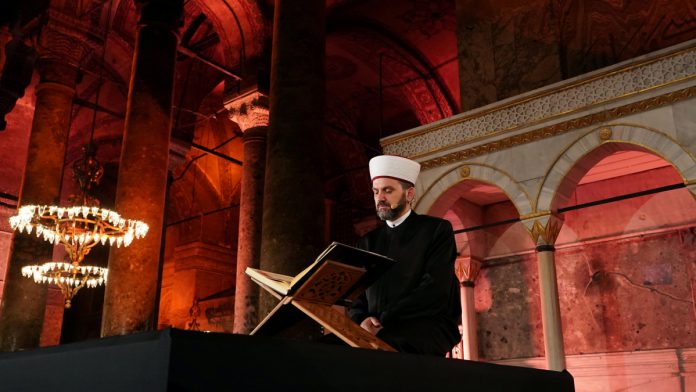 The Greek Foreign Ministry has condemned Turkey for allowing the reading of the Koran inside Hagia Sophia on the anniversary of the Fall of Constantinople.

In a statement, the Ministry said the move was “an unacceptable attempt to alter the monumental character of Hagia Sophia,” as well as a challenge to the religious sentiment of Christians everywhere.

“This action is an insult to the international community and once again exposes Turkey, which has an obligation to respect both the Convention for the Protection of the World Cultural and Natural Heritage and UNESCO, of which it is a member,” the statement reads.

“We once again call on Turkey to respect its international obligations and stop putting domestic expediencies ahead of its very privileged role as guardian of a monument as important as Hagia Sophia, which belongs to all of humanity.”