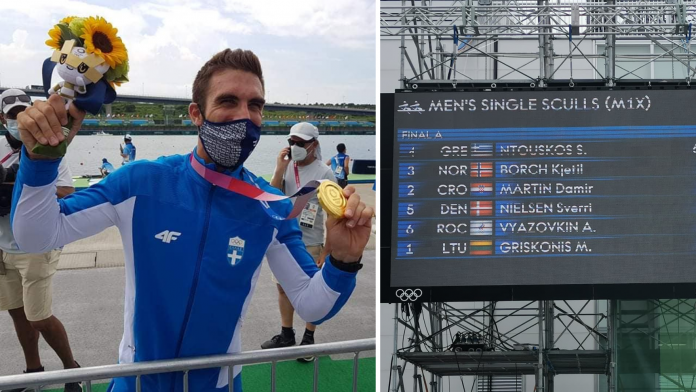 Stefanos Ntouskos from Greece has beaten an Olympic record and won gold in the men’s single sculls at Tokyo’s Sea Forest Waterway on Friday.

It’s the first time Greece has ever won a gold medal in the rowing competition at the Olympics.

Ntsoukos blasted his way at the third quarter of the race and charged through at the last 250 meters to win gold for Greece at the Tokyo Olympics.