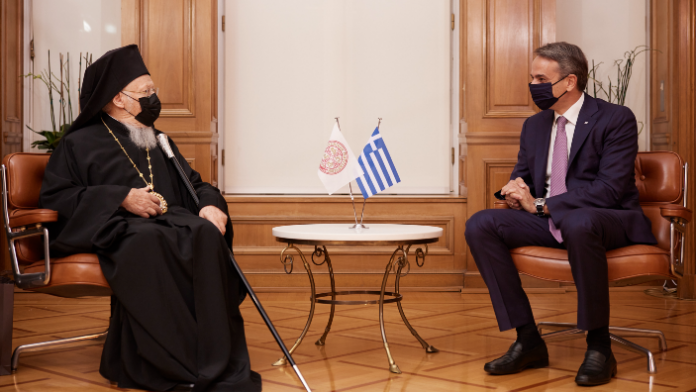 During the meeting, Mitsotakis told Patriarch Bartholomew that the reopening of the Theological School of Halki remains a high priority for the Greek government.

The two leaders also discussed the outstanding issues concerning the Ecumenical Patriarchate and the Greek minority in Turkey.

Mitsotakis assured His Holiness of the continued support of Greece at the bilateral and international level with regards to his demands for the religious freedoms of Orthodox Christians in Turkey.

For his part, the Patriarch informed Mitsotakis about the latest developments following his recent visit to the United States and his contacts with the American leadership.

The Patriarch is currently in Athens for an official visit to mark the 30th anniversary since his enthronement.

Over the weekend, he led a mass with Archbishop of Athens and members of the Holy Synod of the Church of Greece at the Athens Cathedral for the feast of the Presentation of the Virgin Mary.