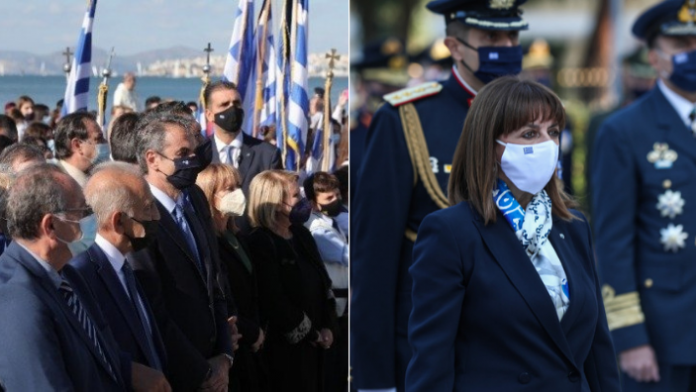 Greece’s national leaders were in attendance at OXI Day parades yesterday to mark the day Greece entered WWII by refusing to work with the Axis powers.

“Today we have the right to look at the future with greater self-confidence and more optimism,” Mitsotakis said.

He said he wishes “we may all go into this future with the unity the times require, and be always able to distinguish the useful Yes’ from the necessary No’s.”

Meanwhile, President Sakellaropoulou laid a wreath at the Monument of Heroes of the Third Army Corps on Megalou Alexandrou Avenue.

She said the day commemorates “a glorious moment in our history, when Greeks refused to surrender, faced the fascist invasion heroically, and utterly defeated a superior enemy.”

She said it reminds Greeks “of what we may achieve when we are united.”