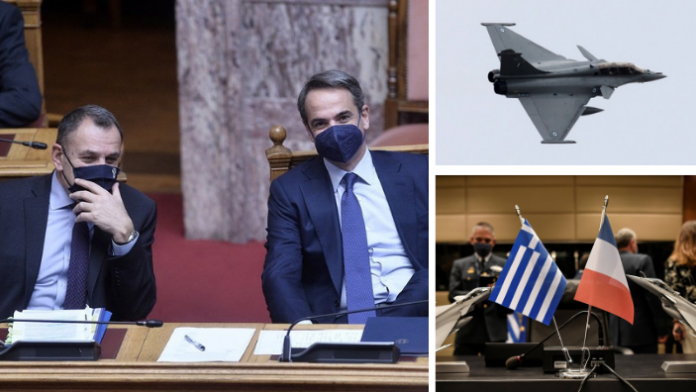 The majority of lawmakers also agreed to add six new Rafale fighter jets to an existing order for 18 planes – six of them newly built and 12 that were previously in service in the French air force.

“There is no armament program that is ‘slightly necessary’ or ‘somewhat necessary’,” Panagiotopoulos said during the committee-level debate.

“All of the armament programs that we have submitted for approval, in one way or another, are absolutely necessary for the armed forces – extremely necessary, urgently necessary.”

According to Ekathimerini, the left-wing main opposition party supported the purchase of the new French frigates but was not prepared to give the government “carte blanche” regarding armaments spending.

Made by France’s Naval Group, two warships are due to be delivered in 2025 and the third the following year, with an option to add a fourth frigate to be ready in 2027.