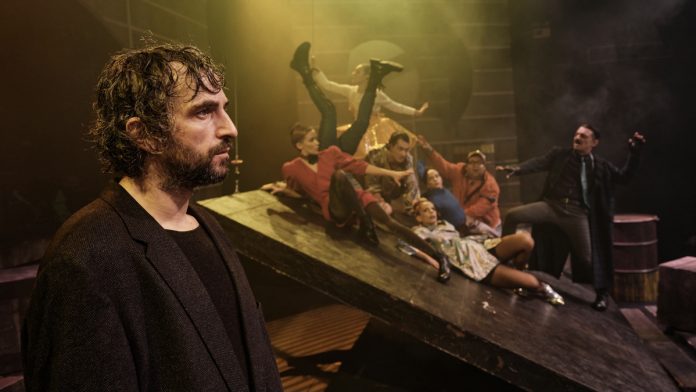 A Greek stage actor has refused to perform only for vaccinated audiences.

Coronavirus cases in Greece hit record highs this month, prompting the government to ban those who are unvaccinated against COVID-19 from indoor venues.

Aris Servetalis announced on Tuesday he was stepping down from a Eugene Ionesco play in Athens. The Kivotos theatre said the production is postponed indefinitely.

“I cannot support the segregation of people imposed by the new measures,” wrote Servetalis, who has voiced scepticism over the effectiveness of COVID-19 vaccines.

“We are a society of individuals, not a herd divided between vaccinated and not.”

His decision has drawn criticism from the entertainment industry, which has been hard hit by lockdowns and an enduring economic crisis.

“I am shocked,” said Spyros Bibilas, who heads the Greek Actors’ Association.

“I did not expect an actor to stop a show, ignoring that other people work there too. I find it unacceptable.”

Development Minister Adonis Georgiadis tweeted his dismay, saying: “Are these reasons for leaving his colleagues unemployed, because he is not getting his way in the country?”

Responding to the criticism, Servetalis said he had informed the theatre company and the director in July of his intentions to leave if such measures were taken, allowing them time to find a replacement.

Thousands of Greeks took to social media to congratulate Servetalis.

“I bow to your ethos and integrity,” another said.