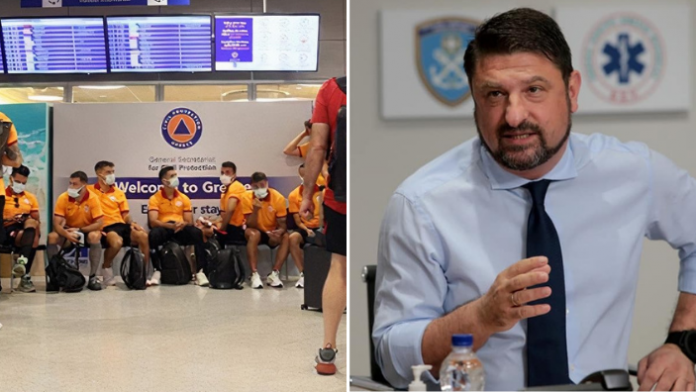 Turkish authorities have erupted in a furor after the country’s soccer team Galatasary was asked to take a COVID-19 test upon arrival in Athens on Monday.

Greek authorities allege the players and coach Fatih Terim refused to follow random testing procedures which require all overseas visitors to re-test for COVID-19 regardless of any prior negative test result.

“No exceptions can be made to safety rules. The application of those procedures must be absolute,” deputy minister for Civil Protection, Nikos Hardalias, said in a statement.

“Given their refusal to comply with those rules, they were refused entry into the country on my orders.”

The scheduled match between the Olympiakos and Galatasary soccer teams was canceled after the Galatasary team was denied entry and sent back to Istanbul.

Greek Ambassador Michael-Christos Diamessis was reportedly scolded by the Turkish Foreign Ministry over the ‘illegal’ and ‘discriminatory’ request, according to state-run Turkish news outlet Anadolu Agency.

“The fact that Greece welcomes one of our country’s leading teams with such behaviour shows its intolerance towards our country, even in the field of sports,” the ministry said in a statement.

The Turkish Football Federation said the players had been treated in an “unacceptable” way.

“We condemn the attitude adopted by the Greek authorities. Their behaviour was not in a sporting spirit. We stand by Galatasaray sports club,” the federation said.

Tensions between Greece and Turkey are currently high over maritime boundaries and the respective rights of ethnic and religious minorities in each country.