Erdogan: Turkey will not be confined to its coastline 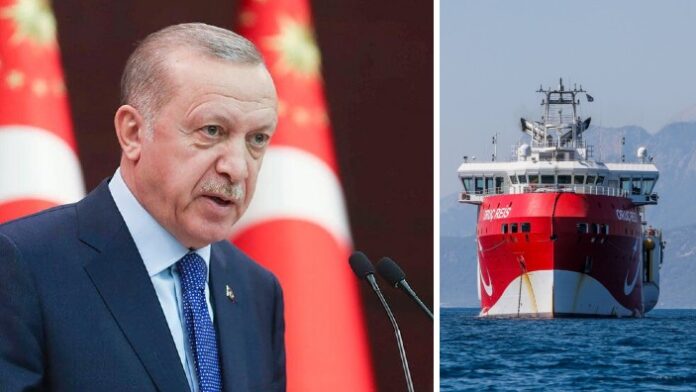 Turkish President, Recep Tayyip Erdogan, on Monday called for negotiations over energy exploration rights in the Eastern Mediterranean, days ahead of a European Union summit where leaders could decide to impose sanctions on Turkey.

However, he said Turkey would “not accept plans and maps that aim to confine us to the shores of Antalya.”

READ MORE: The European Parliament votes in favor of sanctions against Turkey.

“We are not after exploiting the rights of anyone but try to take a firm stance against pirates that try to take our rights away,” Erdogan said.

At a summit in October, European leaders warned Turkey to withdraw its energy research ships or face punitive measures.

EU foreign ministers agreed on Monday that Turkey’s behavior has not improved and that the two-day summit on Thursday is looming as a “crucial” meeting for EU-Turkey ties.

“All of them considered that we have not seen a fundamental change of direction,” EU foreign policy chief, Josep Borrell, told reporters after chairing their talks. “In several aspects, the situation has worsened.”

Tensions between NATO allies Turkey and Greece escalated over the summer with a military build-up after Turkey sent the Oruc Reis, escorted by navy frigates, into disputed waters. The move prompted Greece to also send its warships, and both countries conducted military exercises to assert their claims.

Turkey says it is standing up for its energy rights, as well as those of breakaway Turkish Cypriots, while Athens and Nicosia call Turkey’s actions a breach of their territorial waters.