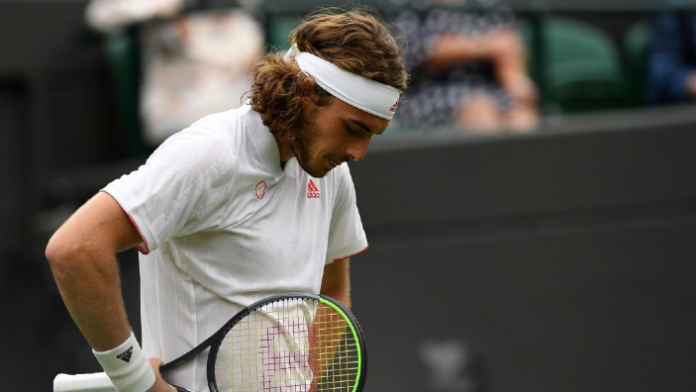 Tsitsipas, playing his first match since his French Open final defeat by Novak Djokovic on June 13, was on the backfoot from the beginning against a 57th-ranked opponent who took the game to him.

Tiafoe broke serve in the opening game and it set the tone for a match in which Tsitsipas, who had said at the weekend that he was feeling more confident on grass, showed only occasional flashes of brilliance.

He failed to convert any of his six break points.

Tiafoe went 5-4 up in the second set, after Tsitsipas saved two break points, and held his nerve when the Greek had three chances to break back.

The American broke serve again at the start of the third set, saved two break points and then had three match points on Tsitsipas’ serve to wrap things up in just over two hours. He did it on the third as Tsitsipas netted a backhand.

“Today was big. I definitely needed that. That guy’s special, he’s going to do a lot of great things … but not today,” Tiafoe said at a post-match conference.

Tsitsipas also went out in the opening round on his last previous appearance at the grasscourt tournament in 2019, when he was seventh seed. Wimbledon was not played last year due to the COVID-19 pandemic.

The Greek still has the doubles to play with his younger brother Petros.

Tiafoe’s next opponent will be Spain’s Roberto Carballes Baena or Canadian Vasek Pospisil.