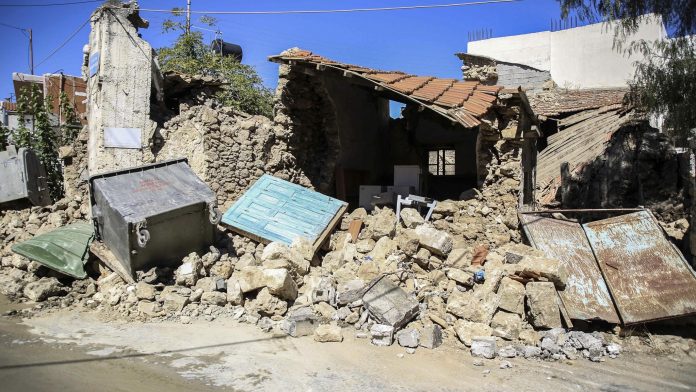 A 5.8-magnitude earthquake that hit Crete on Monday has left hundreds of buildings uninhabitable.

Engineers assessed the damages of 1,199 structures across five affected municipalities on Wednesday.

These include the capital municipality of Iraklio as well as Minoa Pediada, Archanes-Asterousia, Iraklio, Malevizi, and Oropedio Lasithiou.

They found three-quarters of inspected homes – 772 of 995 – were uninhabitable.

More than half of public buildings and places of worship – 46 of the 85 inspected – were unstable.

All but three of the inspected 74 warehouses were also deemed unsafe and more than a third of schools were unfit for use.

The earthquake killed one person and injured 20 others when it struck at 9:17 am at its epicenter 246 kilometers southeast of Athens.