Senators introduce legislation to bolster US defense partnership with Greece 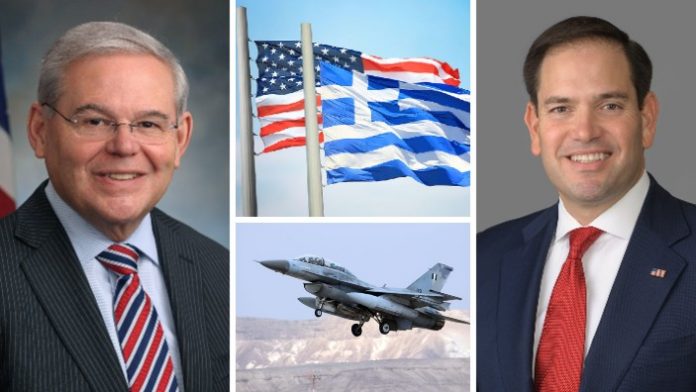 US Senator Bob Menendez, Chairman of the Senate Foreign Relations Committee, was joined on Wednesday by US Senator Marco Rubio in introducing new legislation to bolster the United States’ defense partnership with Greece.

“As a reliable NATO ally, Greece plays a critical role in promoting security and stability in the Eastern Mediterranean. The 200th anniversary of Greek independence reminds us of the long history of US-Greece cooperation based on our shared commitment to democratic values, and we must continue building that cooperation in the years to come,” Chairman Menendez said.

“In order to ensure that the Eastern Mediterranean remains secure, the US must bolster its defense relationship with Greece by supporting Greece’s efforts to modernise its armed forces.

“This legislation seeks to strengthen the bonds of friendship between the US and Greece in order to advance our shared values, promote security cooperation and support a secure Eastern Mediterranean for years to come.”

On his side, Senator Rubio said this bipartisan legislation “will continue to enhance defense cooperation with Greece, a valued NATO ally.”

“By extending Foreign Military Assistance to Greece and establishing an interparliamentary partnership with democratic countries in the Eastern Mediterranean, this legislation reaffirms our strong commitment to the region at a time when malign actors are working to undermine international security and stability,” he added.