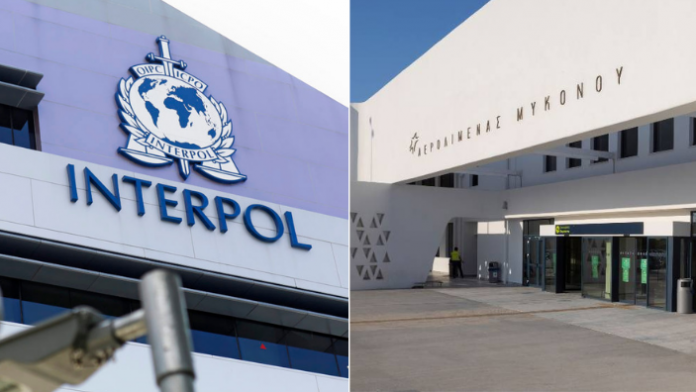 An Australian man wanted by Interpol has been arrested at Mykonos Airport on Wednesday.

The 39-year-old is listed on Interpol’s most-wanted list and is facing charges in the United States.

He is a member of an international drug ring, involved in the importation and trafficking of cocaine, as well as money laundering, according to the police.

He appears on Interpol’s “red notice,” which is a request to law enforcement worldwide to locate and provisionally arrest a person pending extradition, surrender, or similar legal action.

Officers from the Attica Security Police Drug Prosecution Subdirectorate and the Police Department of Mykonos arrested the man.

The man is expected to appear before a prosecutor.