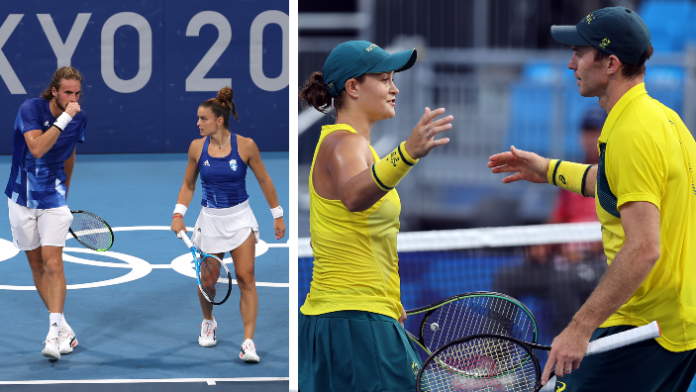 Greek Australians around the country were waiting with bated breath for the game to begin all day and once it did, both sides didn’t disappoint.

Barty and Peers had a great start by dominating most of the first set and eventually claiming it 6-4 after breaking the serve of Tsitsipas.

The Greeks bounced back to take a 2-0 lead in the second set – but again, the Australians remained calm under pressure. They kept fighting hard, however couldn’t reel back the early break and the Greeks forced a deciding match tiebreak.

As the tension rose in the high-pressure match tiebreak, Barty and Peers produced some brilliant doubles play to race ahead 7-3.

From there, they closed out an impressive victory to become the first Australian team to reach an Olympic mixed doubles semifinal.

Peers and Barty now play fourth seeds Andrey Rublev and Anastasia Pavlyuchenkova, who are representing the Russian Olympic Committee, in the semifinals.