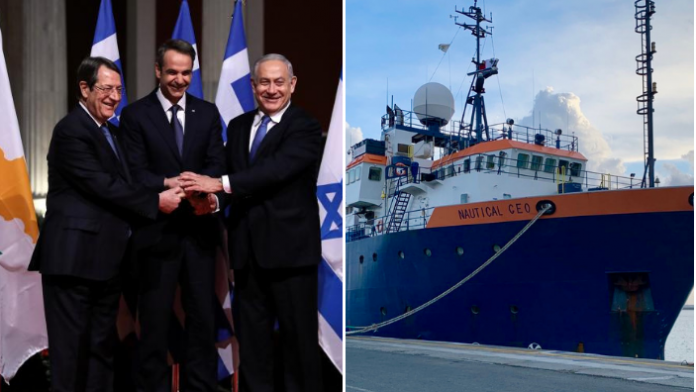 Greece will begin work on the billion-dollar EastMed pipeline by conducting seismic surveys off the Cyprus coast.

The Nautical Geo vessel will sail off the coast of Cyprus within Greece’s Exclusive Economic Zone (EEZ), which covers over 500,000 square kilometres of the Mediterranean, Ionian, and Aegean seas.

When the work will commence and what kind of work will be carried out remains unknown.

The lease follows Turkey’s announcement to begin conducting surveys and searching for oil and gas in the eastern Mediterranean.

Greece, Cyprus and Israel agreed to build the pipeline to connect the Middle East and southeastern Europe’s supply of liquefied natural gas (LNG) in January 2020.

Greece and Turkey have since been at odds over maritime boundaries and energy resources.

The 1,250-kilometre pipeline is designed to pump between 9 and 12 billion cubic metres of offshore gas a year from Israel, Egypt, and Cyprus through Greece to the European Union.

It intends to reduce the European Union’s reliance on Russian and Caucasus gas but risks tampering Europe’s net zero by 2050 target.

The Nautical Geo vessel, which is registered in Malta, is used for worldwide operations.