Greece loans statue to Italy in exchange for Parthenon gesture 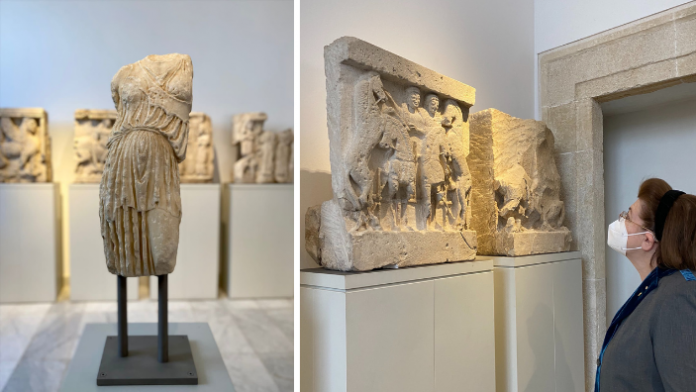 Greece has lent Italy an ancient statue of the goddess Athena in return for Italy’s long-term loan to the Acropolis Museum of a fragment of the Parthenon Marbles, AP News reports.

The late 5th century BC statue will be displayed in Palermo’s Antonino Salinas Regional Archaeological Museum for four years. It will then be replaced by an 8th century BC Greek vase for another four years.

This move by Greece follows Italy’s decision in January to loan the Fagan fragment from the Parthenon frieze to the Acropolis Museum.

The Fagan fragment, which was part of a 160-metre-long frieze that ran around the outer walls of the Parthenon, was loaned to Greece for eight years but Italy has also been pushing for its permanent return.

Greek Culture Minister Lina Mendoni, who travelled to Italy for the handover ceremony, said Greece’s gesture “reciprocates the generosity” of the Italian institution.

Greece hopes the loan will boost its campaign for the return of the Parthenon Marbles from the British Museum.

“[The deal with Italy] indicates the path that London can follow,” Mendoni said on the day.