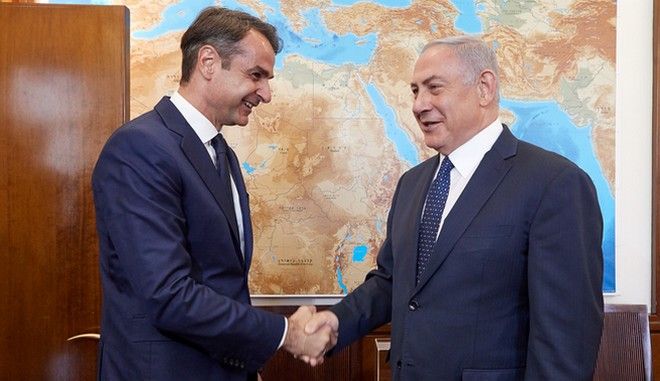 On January 2, 2020, the EastMed Energy Pipeline Agreement will be signed in Athens by Greek Prime Minister Kyriakos Mitsotakis , Israeli Prime Minister Benjamin Netanyahu and President of the Republic of Cyprus Nikos Anastasiades.

The Agreement will also end with its signing by Italy.

The Agreement is of great geopolitical importance, as it will be a collective response of Israel, Cyprus, Greece and Italy against the recent actions of Turkey and Libya.

These countries, along with the European Union believe Turkey’s agreements with Libya are a “violation of international law”.

After singing the transnational agreement, which will be stamped by the EU, the Eastern Mediterranean countries will send Turkish President Erdogan, a memorandum of agreement. This will signify that the EU powers and Israel do not recognise Turkey’s dealings with Libya.

This Agreement defines zones, jurisdictions, control rights and licensing. The deal seals the pipeline route through the area that Turkey illegally considers as its neighbouring shelf with Libya.