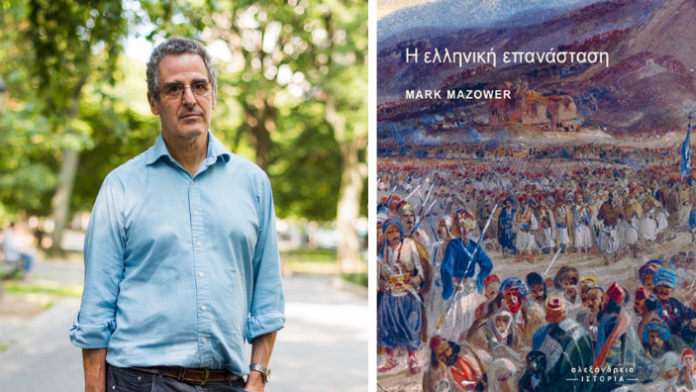 Prominent British historian, Mark Mazower, attended a ceremony awarding him Greek citizenship on Friday, during a visit to Athens to promote his new book.

The Ira D. Wallach Professor of History at Columbia University in New York City was honoured for “the promotion of Greece, its long history and its culture to the international general public.”

The decision was announced last September, but Mazower chose to attend the ceremony in Athens, where the Greek edition of his new book “The Greek Revolution: 1821 and the Making of Modern Europe” was launched at an event at the War Museum.

In a videotaped address played at the event, Greek Prime Minister, Kyriakos Mitsotakis, said Mazower’s new book is “another sample of his scientific zeal and genuine love of his second country,” and will contribute to Greek historiography.

“The book leaves no space for comforting stereotypes or myths, and looks at the role of foreign powers in Greece as well as their contributions to the building of the modern state,” Mitsotakis said.

After the ceremony, Mazower toured an exhibition of works by naif painter Theophilos at the Theocharakis Foundation.