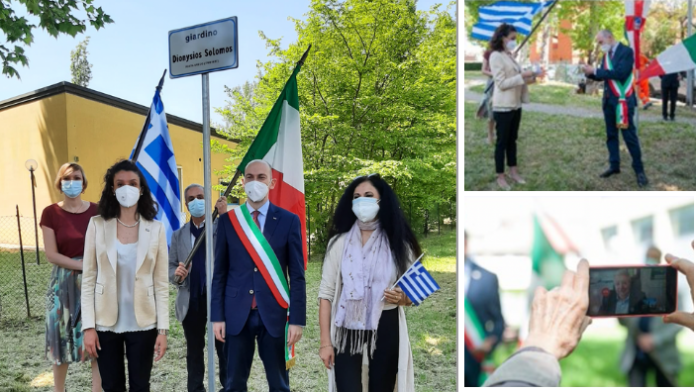 Two public gardens in the area of ​​San Donato – San Vitale of the Municipality of Bologna in Italy, have been named after renowned Greek poets George Seferis and Dionysios Solomos the Greek Ministry of Foreign Affairs announced on Tuesday.

Foreign Affairs Secretary General, John Chrysoulakis, participated in the virtual ceremony held to mark the event and expressed his excitement for the initiative.

In his speech, Mr. Chrysoulakis said that the General Secretariat of Public Diplomacy and Hellenes Abroad promotes and supports initiatives that strengthen intercultural relations and cooperation with countries like Italy, a long term partner of Greece.

Chrysoulakis talked about the importance of Solomos’ and Seferis’, contibution to modern literacy and the modern world and expressed his gratitude to his Italian counterparts for the initiative.

“Dionysios Solomos envisioned the Greek National Anthem, the Hymn to Freedom, under the influence of Italian culture,” Mr Chrysoulakis said, thanking the local Greek Community for their contribution and the Italians for this recognition and their ongoing friendship.