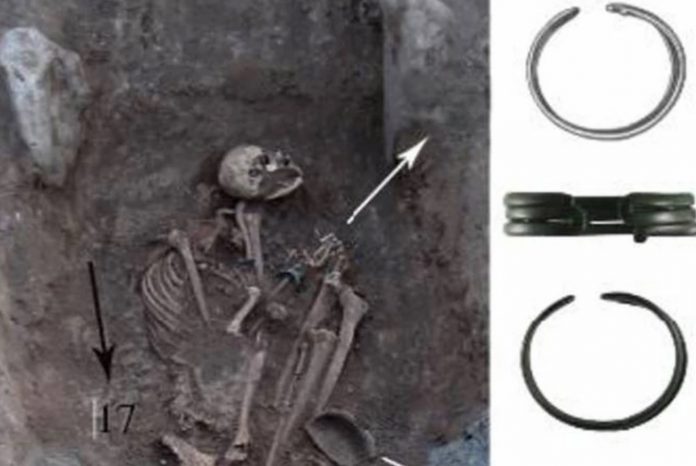 The examination of 2600 years-old bones found in the northern part of Armenia showed that they belong to a woman fighter of Urartu Kingdom. She was likely killed in the battlefield.

Researchers suppose that similar female fighters inspired the Greeks to create the image of the Amazons. ARMENPRESS reports the works of the archaeologists have been published in International Journal of Osteoarchaeology.

The archaeologists found the remains in a cemetery in Lori Province back in 2017. The scientists believe she was buried in 8-6 centuries B.C. when the Kingdom of Urartu was flourishing in the territory of modern Armenia. Urartu led an active conquest policy until 6th century B.C. when it collapsed as a result of an allied strike of other kingdoms.

The examination of the bones shows that they belonged to a 20 year-old woman. The jewellery found in the tomb show that she had a high status. A more detailed examination allowed the scientists to conclude that the woman, in all probability, was a warrior. The scientists have found at least 3 traces of injuries, which, according to preliminary version, were inflicted by axe and sword.

This is not the first time archaeologists have found remains of female warriors dating back to Urartu era.

Other historical sources tell that in that kingdom women fought together with men. This is the reason why scientists suppose that those female warriors inspired Greeks in shaping the image of the Amazons – a tribe of warrior women.