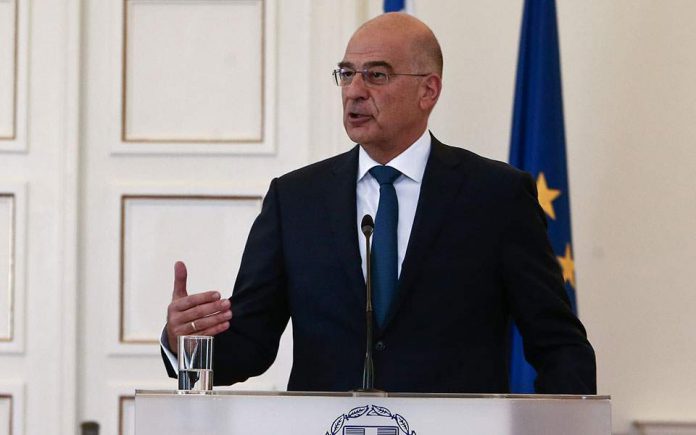 Greece is dealing with “escalating Turkish violations” in the Aegean and eastern Mediterranean with “calm and determination,” Foreign Minister Nikos Dendias said on Wednesday, adding that the “defence of Greece’s sovereign rights is non-negotiable.”

Dendias was speaking after a meeting of the National Council for Foreign Policy, which was called to brief opposition parties on Turkey’s recent activities and the ministry’s new operational plan.

“We are using every diplomatic medium and raising awareness among our partners and allies of Turkey’s increasingly aggressive stance,” Dendias said, noting that Greeks remain united in the face of truly important issues.

Referring to the Libya issue, Dendias also informed the Council that Greece will be joining the EU’s ‘Operation Irini,’ which seeks to enforce the full implementation of the arms embargo on Libya.

“We consider this mission very important for the creation of the necessary conditions for the resolution of the crisis in Libya,” he said.

The meeting comes as Turkish jets violated Greek airspace again on Wednesday and after comments by Turkish Foreign Minister, Mevlut Cavusoglu, to Akit TV on Tuesday, saying that Ankara’s “open-door policy” for migrants and refugees trying to reach the European Union “will continue.”