Creforce: Untold Anzac stories of World War II based on events on the Greek island of Crete 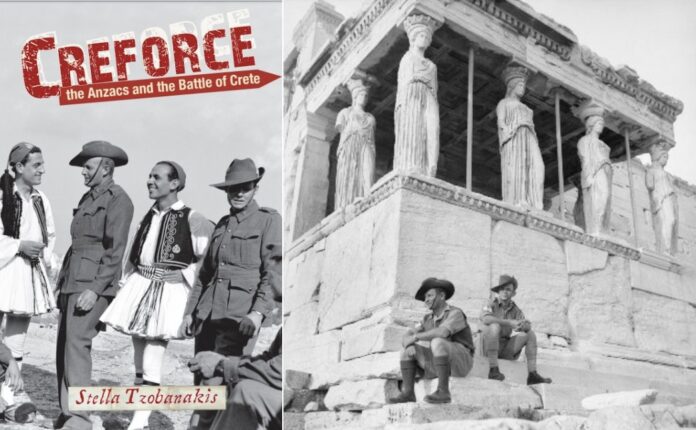 Creforce: the Anzacs and the Battle of Crete is the dramatic story of the second Anzacs and their role in one of the biggest battles in the military history of Australia, New Zealand and its Allied forces during World War II.

The book is written for children 10 and up and explores the real-life adventures’ and misadventures of more than 14,500 young Australian and New Zealand soldiers who were sent to the Greek island of Crete under the second formation of the Anzac Corps, to help defend it against Nazi Germany.

“The story of the second, largely forgotten Anzacs in Greece and Crete during World War II is one that is also, largely untold. It’s an extraordinary story and one that is relatively unknown, despite it being one of the biggest in Australia’s and New Zealand’s military history,” Melbourne-based journalist and Stella Tzobanakis said.

“The people of Crete and the Anzacs fought together, lived and survived together defending the island against the Germans.”

On 20 May 1941, Hitler launched Operation Mercury, the invasion of Crete which involved the first major action by paratroopers and the first large scale airborne invasion in history. Hitler expected to capture the large island easily, but what he did not expect was mass resistance from the people of Crete.

A fierce 10-day battle followed where Anzacs and the people of Crete fought side-by-side to defend the mountainous and rugged island. But by the 11th day, Crete fell to Germany. The Anzacs were left stranded on Crete. The people of Crete; prisoners of war. A four-year war game of ‘hide and seek’.

It was a ‘game’ that lasted four years and involved the people of Crete risking their own lives to shelter the Anzacs, help keep them alive by avoiding capture and starvation, and help them escape. The bonds forged between the Anzacs and the people of Crete during this moment in history have lasted a lifetime.

“These events, these stories are significant and deserve more recognition and awareness,” Tzobanakis said.

“They are stories to be remembered and honoured.

“They are part of our story and they are unforgettable.”

The book includes never-before told, first-hand accounts of those that lived through the battle, and reveals the author’s personal Anzac story, discovered whilst writing this book.

It also weaves in the battle stories of extraordinary and real-life characters’ including: