Beaches evacuated as fire breaks out in Mani, Lakonia 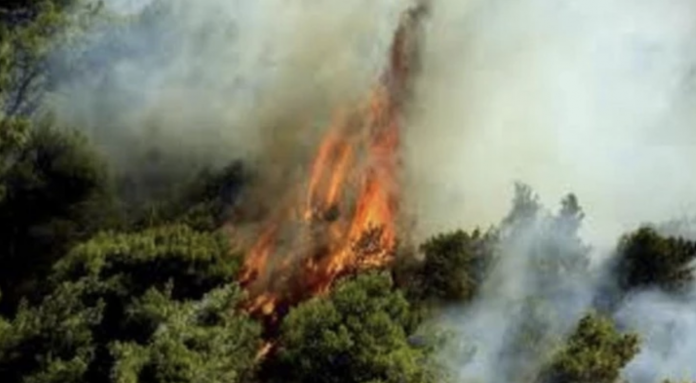 Strong fire-fighting forces were deployed on Sunday afternoon to put out a fire that broke out in the Agios Kyprianos area of Eastern Mani, Lakonia.

Lakonia’s deputy governor Adamantia Tzanetea advised beach-goers and the residents of one home to evacuate as a precaution as the fire approached the shoreline.

The fire has now passed from the Agios Kyprianos area and is heading toward a neighbouring settlement, burning farm and forest land.

A force of 30 fire fighters and 13 fire-engines, assisted by fire-fighting aircraft, is currently battling to get the blaze under control.

A fire also broke out in an area of forest and farm land in Stamata, Attica on Sunday but according to the fire brigade there are no houses nearby and there is little risk of the fire spreading. Twelve fire fighters, four fire engines and one helicopter were sent to put out the flames.