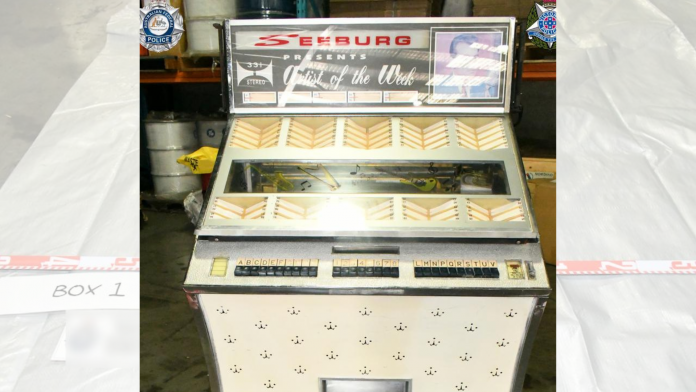 Three men have been arrested in Melbourne after Australian Border Force found $20 million worth of cocaine hidden in a jukebox imported from Greece, ABC News reports.

The 45 kilogram consignment was taken to a residential property in Sunshine North, where police swooped on Wednesday.

The arrests formed part of a four-month investigation into the alleged importation of drugs by a Melbourne-based organised crime syndicate.