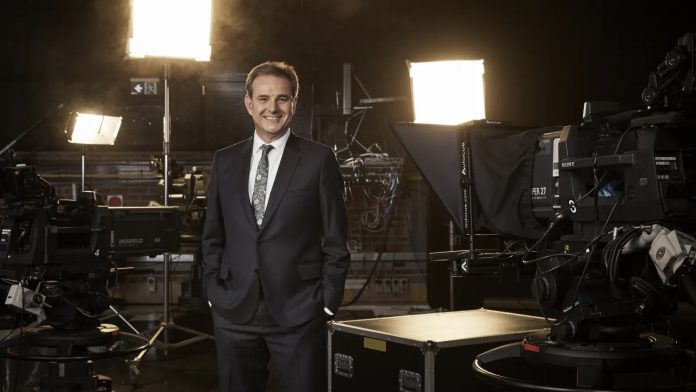 SBS TV host and football journalist Mike Tomalaris has made his sudden departure from the network after more than three decades.

Tomalaris, 60, did not want to comment on the reasons for his departure but was sad that his association with “a place that ran through my veins” was over.

“I leave SBS with my head held high,” he says.

Tomalaris has covered the Tour every year since 1996 and was pivotal in turning the race into an annual television event.

“Through the various managing directors that have come and gone, we’ve turned a product that attracted next to no viewers in 1991 to one that generates hundreds of thousands of dollars – maybe up to a million dollars – for SBS’s advertising and revenue,” he adds.

“People of all ages and all sizes are doing that because of the way SBS has changed the culture through its promotion of cycling.”

Tomalaris says he hopes to stay in both cycling and broadcasting.

SBS issued a short statement saying Tomalaris was “moving on from SBS” and “we wish him well for his next chapter”.

“We’ll share our plans for next year’s coverage in the lead up to the event, as we do each year,” an SBS spokesperson says about changes to their coverage.

“Whatever the circumstances, you can’t underestimate his contribution not just to Australian cycling broadcasting but to Australian cycling,” he said. “When he came into the sport, a lot of Australians didn’t know anything about cycling and there are thousands that do now thanks to the energy and enthusiasm that Tommo has put into his job as a broadcaster.

“I feel sad that he’s had a departure from SBS like that, after 30-plus years, but obviously I wish him well.”