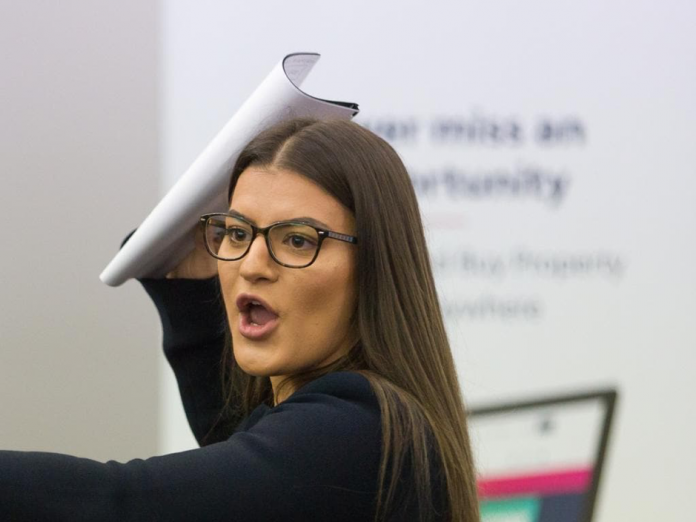 A Greek Australian real estate agent, who had a subsidiary career as a cocaine dealer, has been dumped by the REIV and stripped of an award after she pleaded guilty to peddling the illegal drug on Craigslist, The Leader reports.

However, Karakostas’ membership with Victoria’s peak real estate body, REIV, was terminated after her guilty plea. The REIV also stripped Karakostas of her 2019 Novice Auctioneer of the Year award.

“The REIV does not tolerate illegal or unethical behaviour; drugs create so much pain and suffering in our community,” she said.

“The REIV has acted swiftly in terminating the membership of Ms Karakostas and revoking the Novice Auctioneer of the Year Award which she won in 2019.

“This is a sad story of a talented young woman who had a bright and promising career ahead of her.

“The REIV holds its members to high standards that make real estate a trusted profession.”Get Binge Basic now for just $10 a month

Karakostas was dumped after she and former The Bachelor contestant Georgia Tripos were busted in March 2017 following a month-long covert police operation.

Police launched their sting after investigators discovered a coded ad for cocaine on online classifieds site Craigslist in February 2017.

The ad featured terms including “St Kilda (sic) party in Melbourne”, “Grab some White VIP for $350” and “Message Charlie”.

Karakostas sold an undercover cop a bag of cocaine for $350 at a carpark behind a Mount Waverley Shell service station on February 22.

The operative arranged another deal with Karakostas but the sale never took place.

Karakostas was arrested at Woodards Mount Waverley office on March 15.

She was caught with more than six grams of cocaine – including half-a-gram of cocaine in her purse – drug paraphernalia, tick notes and more than $3000 cash.

Tripos, who was spotted driving near the property, was later intercepted with $3000 and arrested.

Investigators then seized more than 20 grams of cocaine, digital scales and 250gm of ethylpentylone – a designer drug commonly sold as MDMA – from Karakostas’s home.

Investigators determined Karakostas made 49 sales or “offers to sell” cocaine, and moved almost 70 grams of the drug between February 2 and March 10.

Tripos, who pleaded guilty to trafficking cocaine, will contest other charges at a trial pencilled in for November 9.

Sourced By: The Leader