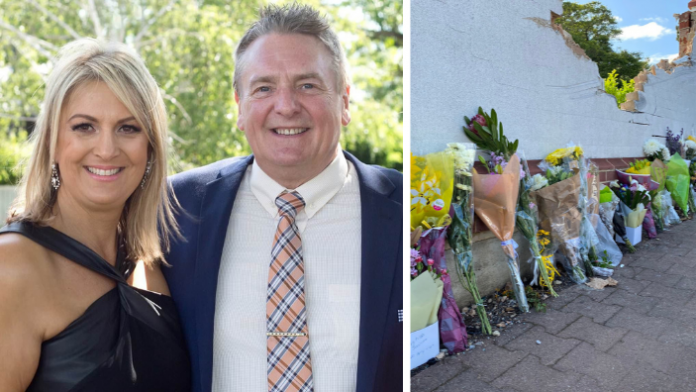 The husband of decorated police officer, Joanne Shanahan (nee Panayiotou), has opened up about how he has been able to forgive the young driver who took her life.

Joanne, 55, and mother Tania McNeill, 53, were killed instantly in April 2021 when Harrison Kitt drove through the intersection of Cross Road and Fullarton Road at Urrbrae, south of Adelaide at 167km/h and struck their cars.

Kitt, 21, was found not guilty by reason of mental incompetence. He was sentence to a 10-year limiting term, monitored by both mental health experts and the Parole Board, while living with his parents.

After the verdict had been handed down last year, Kitt’s mother Kathy said not a day had passed since the “terrible crash” that her family had not thought about the impact on the victims’ families.

“Their losses are unimaginable; we hope they can find it in their hearts to forgive Harry for what happened even though it might be difficult for them to accept,” Kathy said at the time.

In a recent interview with 7 News on Sunday night, Joanne’s husband, Peter Shanahan, said he does forgive the young driver for his actions.

“To forgive someone allows yourself to be as good as you can be and to move on and to make the best of your life, which is exactly what Joanne would have wanted,” Peter, who was also in the car crash but survived with minor injuries, said.

“Jo is still alive in my heart and she will be forever and with my kids. So that’s how I’m going to live my life now.”