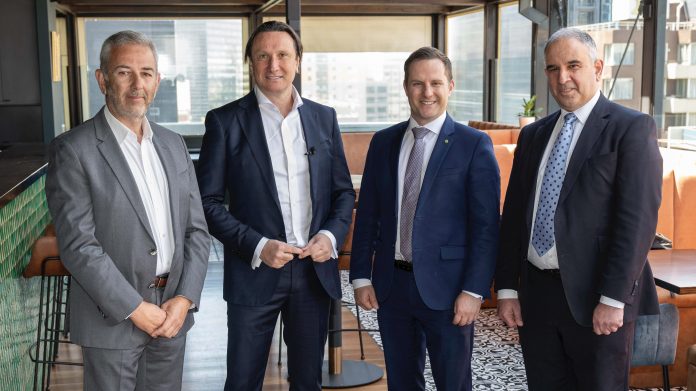 The Greek Community of Melbourne (GCM) is calling on the federal government to negotiate a bilateral health care agreement with Greece.

“This is fundamental for developing the relationship between two countries who have been allies in world wars, have a shared migration, but now, equally, will have a strong economic footing between the two countries.”

“As Bill says, we continue to work closely with the Greek government,” said Minister Hawke, who was presented with a commemorative plaque.

“We will work … with the Greek government, given our strong history, how long we’ve been partnering together; there are great arguments to fix these things that need fixing so that we can strengthen the relationships between our people on tax, in health, and all the things that are barriers for travel.”

“I look forward to those negotiations continuing.”

The GCM also announced it will host the Global Hellenic Medical Conference in September 2022.