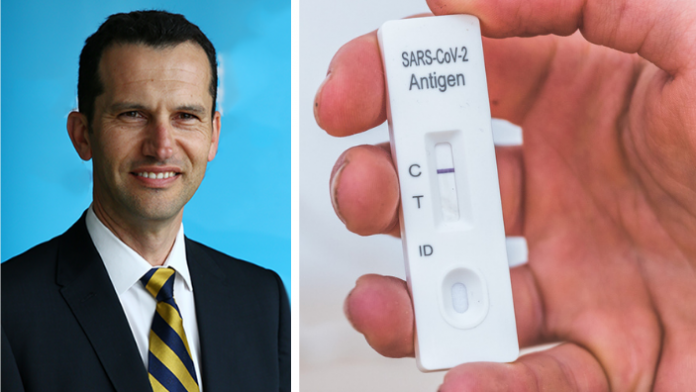 This comes after The Advertiser exclusively revealed that millions of dollars of RAT tests bound for SA had gone missing, with interstate governments accused of requisitioning them at Sydney and Melbourne airports for their own staff.

According to the President of the Pharmacy Guild SA, Nick Panayiaris, orders have also failed to arrive at chemists, with the industry scrambling to catch up with public demand.

“It has become so bad outlets are having to take their phones off the hook to provide basic services like dispensing medicines,” Mr Panayiaris told the newspaper.

“One outlet had a $480,000 RATs confirmed order put off today… one supplier I talked to today has lost three flights entirely full of RAT tests.

“We are on the case every single day and being told there are none, and government is announcing every day around the country that they have millions.”

The ACCC investigation comes after SA Premier, Steven Marshall, called for an independent investigation into the claims of interference on Wednesday.

Mr Marshall told FIVEaa that “any interference with our supply of rapid antigen tests to South Australia is completely and utterly unacceptable.”

“We’ve got to be doing everything we can to make sure that we’ve got the right access here in South Australia…” he said.

No government has yet admitted to using their emergency powers to requisition SA tests, and Mr Marshall said Victoria and NSW denied the claims.