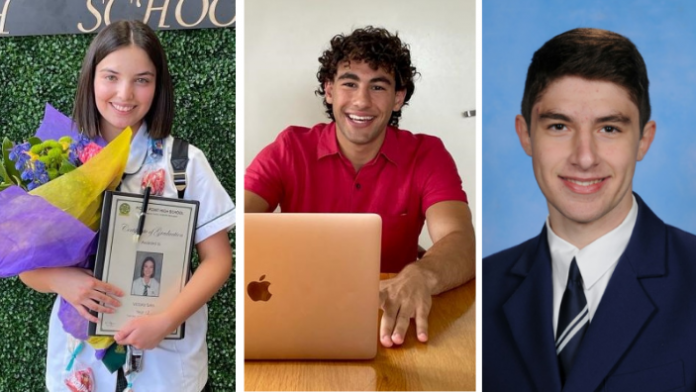 Over 54,840 students in New South Wales received their Higher School Certificate (HSC) results at 6am this morning, signifying the end of their high school journey.

This year, 48 students got the highest possible ATAR of 99.95. One of them was Billy Bourdaniotis from St Spyridon College in Maroubra.

Speaking with The Sydney Morning Herald this morning, Billy said he didn’t expect a rank of 99.95 until he put his marks into an online ATAR calculator.

“I kept refreshing the UAC page to make sure it was real, to see if it would magically go down or something,” he said, adding that he called his parents as soon as he got his results and “they were ecstatic.”

Billy said this is the first time St Spyridon College has ever received a 99.95 ATAR. His first preference is to do a degree in actuarial studies at university.

READ MORE: Con Theocharous and Alex Khlentzos: How topping the HSC years ago impacted their lives.

“My friend Henry and I were both hoping to get over 85, so I freaked out when I got my ATAR and my bands,” Victoria told the newspaper.

The Year 12 graduate now hopes to study Law at the University of New South Wales this year and is looking forward to getting the full university experience after two years of online learning.

Meanwhile, Isander Mesimeris from Sydney Grammar School also received a 99.95 ATAR this morning and he said it has given him a lot of options for deciding what he wants to do this year.

“I think I am going to go to Sydney University and study Arts and Law, or maybe a medicine degree… I am interested in a medicine degree even though I didn’t take any sciences,” Mesimeris said.

“I want the first ticket to France … I have spent so long learning the language and I have never been,” he said.

These fantastic results come after The Greek Herald reported on Wednesday that seven Greek Australian students also came first in the state for their HSC subjects this year.

*Please Note: The above students are those The Greek Herald could identify by their Greek name. If you believe you should be on this list, please send an email to info@foreignlanguage.com.au.